Nobody thought humanity could possibly let it really come to this, but in 2016, the unthinkable happens… The first nuclear exchange occurred over Middle Eastern soil. It lasted only 5 hours and resulted in the launch of the world’s first joint missile defense system to ensure peace, that is, until now. With the United States, the European Federation and Russia at odds a final war is inevitable. Although intercontinental ballistic missiles have been rendered obsolete, command technology has evolved. Battles will be fought from war rooms, by the sound of human voice. Leaders will rise and countries will fall. Experience World War III in your living room with Tom Clancy’s EndWar, a revolutionary new war game built to maximize next-generation gaming consoles and completely controllable by voice.The Storyline
The horrific nuclear conflict in the Middle East not only killed millions, it also crippled the world’s fuel supply. With oil from that part of the world no longer available, crude oil prices skyrocket to $800 a barrel. The vast Russian landmass now holds the largest accessible reserves of fossil fuels, making Russia the world’s primary supplier of energy virtually overnight. With the massive economic boom it receives, Russia quickly re-establishes itself as a superpower and restores her military might. In response most of Western Europe unifies to create the European Federation, a new nation destined to be a formidable 21st-century superpower. But things are also changing across the pond. In 2020, the United States is on the verge of finishing construction on the Freedom Star, a controversial orbital military platform that will upset the balance of world power. The European Federation withdraws from NATO in protest. Tensions between the European Federation, the United States, and Russia are building and will soon reach the breaking point. The EndWar is about to begin. Which side will you fight on?The European Enforcer Corp
The European Federation is a new superpower, founded in 2018 to consolidate political and economic power in the face of the world energy crisis and accelerating security and environmental concerns around the globe. Though publicized as an evolution of the European Union, demanding admission criteria disenfranchised all but the wealthiest nations of Europe. The UK and Ireland declined membership (instead joining the New Commonwealth), as did Switzerland (fiercely neutral as always).Consummate professionals, the European Federation Enforcer Corps is made up of veteran elite counter-terrorist and peacekeeping forces from throughout Europe. Calm and precise, these highly-trained and experienced soldiers are especially skilled in urban warfare. They excel in electronic warfare as well as advanced directed energy weapons technology, and have the fastest battlefield vehicles. The Enforcer Corps also have access to the world’s best “less than lethal” weaponry.The United States Joint Strike Force
Once strong allies with Europe, the U.S. has broken ranks following the dissolution of NATO and the formation of the European Federation. The two superpowers are now locked in a costly and controversial military space race. This rivalry builds to a crescendo when the U.S. prepares to launch the Freedom Star, a huge military space station that Europe suspects could be used to neutralize its missile shield satellites. An evolution of today’s Marine Expeditionary Units, the Joint Strike Force is known for their integration of air and ground combat capabilities. Epitomizing the saying, ‘high speed, low drag,’ these elite soldiers excel in precision firepower and can rapidly deploy anywhere in the world. Moreover, their stealth technology and the accuracy of their weapons are second-to-none.The Russian Spetsnaz Guard Brigades
The world’s number one supplier of oil and natural gas since the 2016 nuclear war in the Middle East, Russia has experienced an economic boom of epic proportions. It has used its newfound riches to build up its military to levels beyond the Cold War and is once again a true superpower in the world arena. Soldier for soldier, no force on the planet can match the Spetsnaz Guard Brigades in terms of raw, brute force. Hardened veterans of Russia’s many regional conflicts, these troopers are a highly effective, determined, and deadly force. The Spetsnaz tend to focus on heavy weapons and heavy armor, and often ingeniously modify standard-issue equipment to suit their needs, resulting in vehicles bristling with bolted-on weaponry the original designer never dreamed of including.Key Game Features:

Join in a Battle Armed for the Future
Instead of the traditional top-down view, EndWar uses a unique third-person camera that puts you in the heart of the battle. This means that you get a bird’s-eye view of the devastation that unfold as hundreds of units engage the enemy on fully destructible battlefields. Also, true to the Tom Clancy legacy, EndWar deals with fictional, but strikingly true to life situations and scenarios and features a wide range of vehicles, weapons, and equipment based on real-world military research. The result is a frighteningly realistic and relevant war-game experience that provides players with unprecedented access to the cutting-edge technology of tomorrow’s wars and the combatants that may faceoff in them.
Can be played almost entirely via the revolutionary voice command system.
Experience a chillingly realistic vision of World War III in the fashion of the best techno-thrillers.
Explore 40 stunningly realistic real-world battlefields set in Europe and the United States, including Washington D.C., Paris, and Moscow.
Go to war online in a persistent multiplayer campaign allowing hundreds of player matchups in battles that can last for months at a time.

If you’re looking for the most recommended Xbox One Strategy Games, then this product is a great option. Many good reviews have already proved the quality of this product. 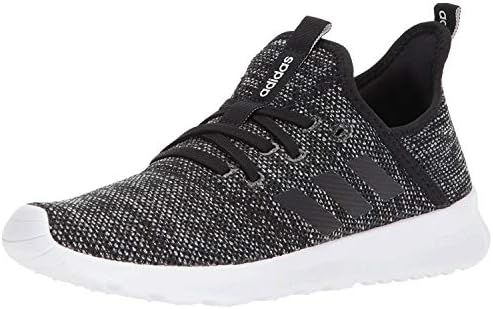